The stars and constellations have been an inspiration behind many San hunting stories and legends.  When staying at Bermanzi and spending your weekend hiking in Mpumalanga, bring along your telescope and spend the nights searching the skies see the constellations that had our ancestors so inspired.

These days, seeing unpolluted night skies are hard to come by. The only way to see the stars as they should be is by getting away from the city and spending your day hiking or camping in the wilderness.

The Constellations and Stars

The brilliant constellation of Orion is one of the beauties of the summer night sky.  With Taurus, the Bull on one side and Sirius on the other, Orion’s Belt is most recognisable constellation in the sky with its three bright stars in a short line and one bright orange star known as Betelgeuse.  Another bright star in Orion’s Belt is Rigel, which is opposite Betelgeuse.  The three fuzzy stars between Rigel and the Belt Stars are known as Orion’s Sword.  The San Bushmen saw Orion’s Belt as three male Tortoises, hung on a stick and Orion’s Sword as three female Tortoises hung on a stick.

Lying close to Orion’s Belt is the brightest star in the night sky and it is known as Sirius.  Sirius was called the “Grandmother of Canopus” to the San people.  The reason for this was because Sirius rises after Canopus and they believe the elderly follow behind the youth.  In July, Sirius really dominates the morning sky.

When out in the country, far away from the bright city lights, you can see the Milky Way as it stretches from horizon to horizon as a dim band of light.  Many local people have described it as a supernatural footpath across the sky, walked by the ancestral spirits.

The Milky Way is also referred to as Night’s Backbone, Sky’s Spine or even God’s Back, which suggested that the Milky Way held up the sky.  By San people “Starlore” the Milky Way was created by a girl, of an ancient race, who flung a handful of ashes from a fire into the sky.  This then created a lighted path so that the people could make their way home at night. 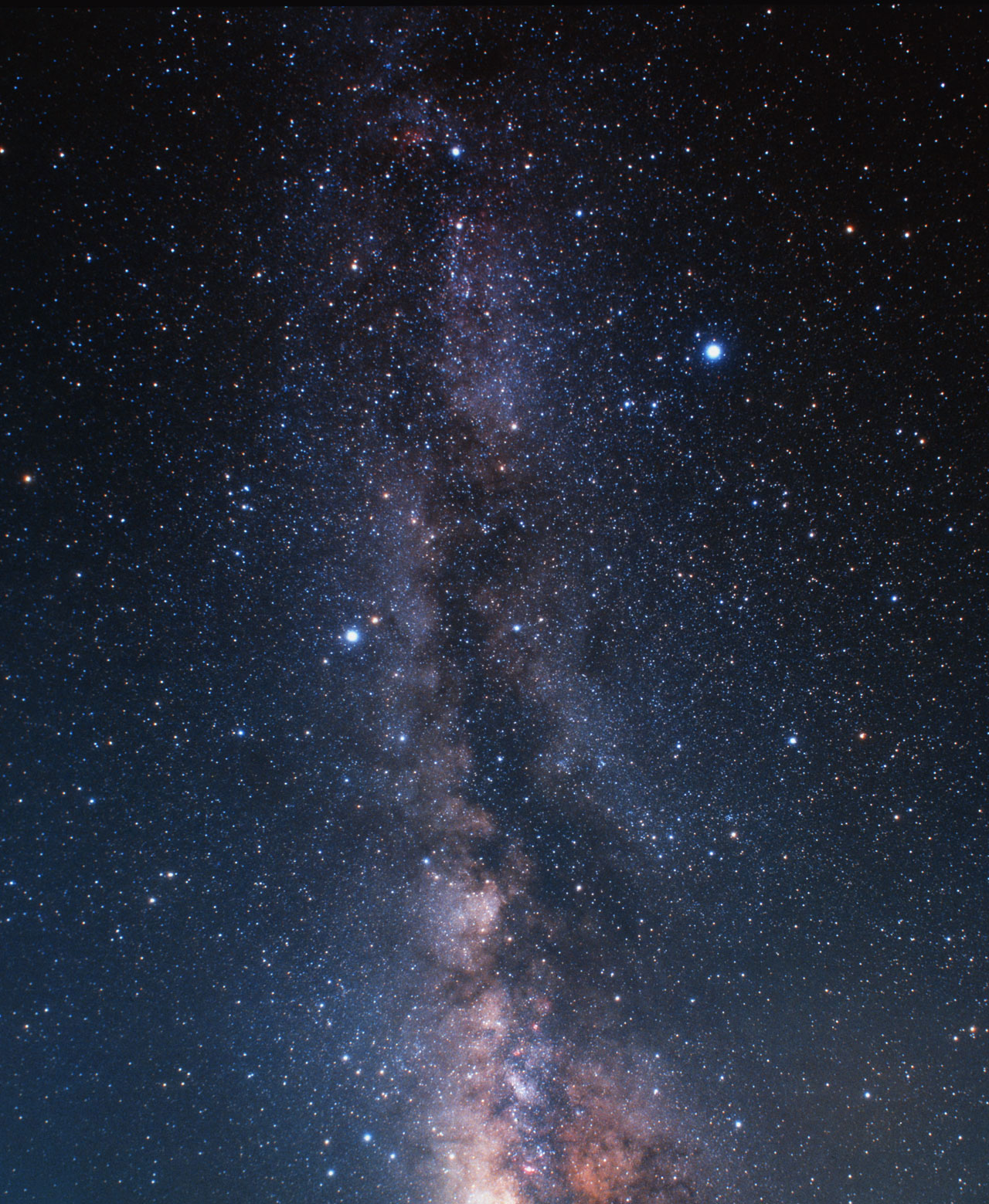 The Pleiades is a cluster of bright stars, of which six or seven are usually predominant.  When the Pleiades are seen first thing in the morning, usually August to September, it is the start of the planting season.  The San Bushmen knew that when these stars appeared it was the start of summer and the rainy season.

Procyon, which lies close to Orion and Sirius, was known to the San People as the Male Eland and it had two wives, namely Castor and Pollux.  These stars are the two bright stars of Gemini.

Meteors, also known as shooting stars, are favourable to the San Bushmen as they believe it foretells rain. However, in other cultures, it is seen as a bad omen.  A meteor has been said to be an evil spirit that races across the sky and causes mischief.  Some Bushmen see it as a falling star which knows when one of their own is going to die.

The Sun and the Moon

To end off, there is an interesting piece of mythology relating to the sun and the moon. In Bushmen mythology, the Sun is angered by the Moon.  Then little by little the Sun’s sharp rays cut off pieces of the Moon until the Moon is just a sliver in the sky.  The Moon then gradually grows again as it begs for mercy from the Sun and the Sun slowly forgives the Moon.

Book your stay at Bermanzi and see the skies as you’ve never seen them before when enjoying a weekend of hiking in Mpumalanga.